When it comes to figuring out what makes for the most relevant selling to customers, you have to consider more than just price. There are endless beliefs, opinions, needs and wants that customers factor into the relevancy equation. Rather than presenting long lists of how to use information that you should be collecting from customers, I thought it might be interesting to present the latest examples of products that failed due to irrelevance. I call it the “Irrelevant Selling Hall of Shame,” and this first edition will cover three of the top product flops from 2012, originally identified by 24/7 Wall Street. 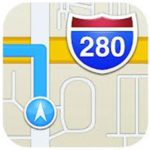 1. Apple Maps. Apple may be the envy of both the tech and business worlds, but even an iconic giant like Apple can come up with a flop, and Apple Maps was a flop in spades. Mislabeled buildings, images of melting bridges, missing national capitals, utterly wrong directions –  the list of flaws that accompanied this app seemed never-ending. From a relevant selling perspective, if you’re going to invest the time to create a product and hype up its relevance, which Apple did quite aggressively, you’d better make sure you’re delivering what your customers actually want…not to mention that it actually lives up to the promised excitement. Instead, Apple Maps was voted three times more likely to get you lost then Google Maps, and had a stunning 30% error rate in the UK, compared to less than 5% for its competitors (for more information comparing Apple Maps to other mapping services, visit Digital Trends).

Fallout from this flop: 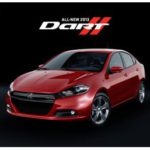 2. Dodge Dart. With continued volatility in gas prices, fuel-efficient smaller cars have become top sellers in the auto industry. Chrysler wanted to get in on the trend by offering Dodge’s first compact car since the Neon. Over 18 months, the company spent $1 billion to develop the Dart and spent a fortune on the ads constantly airing on television. Unfortunately, the Dart appears to be missing the bull’s-eye by a rather wide margin. Initial sales were as low as 200 cars in some months, and although it rallied to sell 4,500 in November, rival cars such as Honda Civics and Toyota Corollas sold more than 30,000 and  22,000 in the same month, respectively. 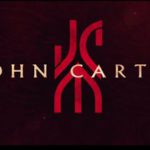 3. John Carter. When Disney films hit their mark (and they often do), they spawn huge supplementary revenue streams in merchandising and themed rides in their amusement parks. Have you seen John Carter in theaters? How about commercials? Me neither. Don’t expect to see any John Carter rides the next time you head to the nearest Magic Kingdom. My guess is that irrelevant selling contributed to the $350 million flop of this 2012 Disney film. Part of the problem here is that the material comes from a classic science fiction epic, an 11-volume series of novels by Edgar Rice Burroughs in the early part of the 20th century. Disney’s film is based largely on the first book of the series, A Princess of Mars – but who has ever even heard of that? Disney foolishly let director Andrew Stanton run up a $250 million budget and spent $100 million on publicity, all to have the film essentially pronounced as dead on arrival. The opening weekend box office for John Carter racked in an anemic $30.6 million, and Disney took a $200 million write-down, making the film the biggest box office flop in history.
An app, a car and a film – widely divergent products that all marched into the “Irrelevant Selling Hall of Shame” because they failed to discern what customers really wanted.

Key Takeaway: Before wasting valuable time and resources on a new product, make sure it will ignite the same excitement in your customer base as it does in top management.

Please share your own answers to these questions in the comments area below.

Everyone knows that McDonald’s is the world’s largest fast food chain – the Golden Arches are everywhere. Burger King is #2, but it’s nowhere near catching up with McDonald’s – and now that Burger King has been bought by a private equity firm, many industry analysts are predicting a major strategic shakeup in Burger King’s marketing. What…

Most of us have now become familiar with the popular slogan of ‘too big to fail’.  However, have you ever heard the phrase ‘too big to care’?    Thankfully Comcast, the nation’s largest cable provider and home internet service provider, provides an exemplary case study in this new and often disheartening phenomenon. The success of Comcast’s…

The U.S. manufacturing industry has long been a poster child for recession, “offshoring,” job losses, and a changing way of life for the middle class. Manufacturing is one of the industries that has been hardest hit by the recent economic downturn as jobs move to countries like China that have lower labor costs. And yet,…

I had the privilege years ago of meeting David Neeleman, founder of JetBlue.  I am as impressed today as I was then by JetBlue’s understanding of delivering relevant competitive advantages.  Most airlines deliver next to none, I am sorry to report.  I fly over 100,000 miles each year so I can report from personal experience: most …

For the past 10 years, American car companies have been the poster children for boring, run-of-the-mill marketing. Most car advertising looks and sounds exactly the same – shimmering visuals of shiny cars, swaying along a roadway through mountains and forests. Close-ups and slow pans of the vehicle itself, with the price highlighted below. One of…

We all know the dangers of assuming. We all know the peril of projecting. Yet businesspeople at all levels of an organization do it frequently. Some such actions are more hazardous than others. As we work with businesses of all sizes and industries, we have picked out a few assumptions – myths, actually – that we see often. You might…