Elon Musk made massive headlines with his $44 billion purchase of Twitter.  Many critics of the purchase tout that Musk doesn’t appear to have much of a plan to make money (Twitter has lost money in each of the last two years).  I’ve been fortunate to be involved multiple times with CEOs who have purchased companies, as well as with companies who have been purchased.  While there’s no one magic bullet for making an acquisition work, I can share what successful companies focused on first and foremost.

I can tell you that much of the noise thus far is just that – noise.  Selling/buying companies creates a huge change for employees, customers, and the industries in which the companies compete.  It’s only natural for there to be an immense amount of dialog, rumor, and gossip at first.  To wit, all the public screaming and yelling from Twitter employees. In time, that noise gives way to a new normal, and in that new normal a key question emerges – does the company perform better under new ownership at the things users care most about?

Musk has indicated a desire to shift business models for Twitter so that it is less revenue dependent on advertisements (92% of Twitter’s revenue has come from ads).  I don’t know what changes Musk must employ to make this happen, but I do know who does – Twitter customers.

As a competitive advantage expert, I know that the foundation for creating competitive advantage comes from deeply understanding what most influences buying action from users and non-users.   They have choices of different platforms they can use, and the key to getting this input is to ask them. Too many companies in this position fail to take this step.  The opposite of gaining user insight is to assume you already know.  I can tell you from our research results that 95% of companies guess wrong when it comes to understanding buying influences of their customers and prospects.  No wonder so many company mergers fail to live up to their promise.

Musk started out, almost on day one, polling Twitter users on their openness to pay a subscription fee.  Kudos to him for asking.   At this point we don’t know if this was more publicity stunt or part of a systematic effort to engage and encourage customer input.  If it’s the latter, then Musk will not only learn a lot about Twitter users, but he’ll be exposed to new ideas and new offerings that could prove invaluable. Research tends to do this.

Once he learns what drives someone to use a platform, the next step is to become operationally proficient in it.   For example, if customers want to use a platform that helps promotes them as influencers, then it is incumbent upon Twitter to be the best at doing this.  I’m not saying this is what’s important, but IF it turned out to be what customers want most, then success will go to those platforms who perform best at this.

When you know what users/customers value most, and you build your operations in response to those values, then you have a competitive advantage and a value proposition.  Sounds so simple yet when research shows 95% of companies don’t know those top standards, it is impossible to build that value proposition. Companies with operational competitive advantages stand a better shot at marketing and selling success, accelerating growth and profits. And it starts with finding out what your market – customers and ‘future customers’ – want most. 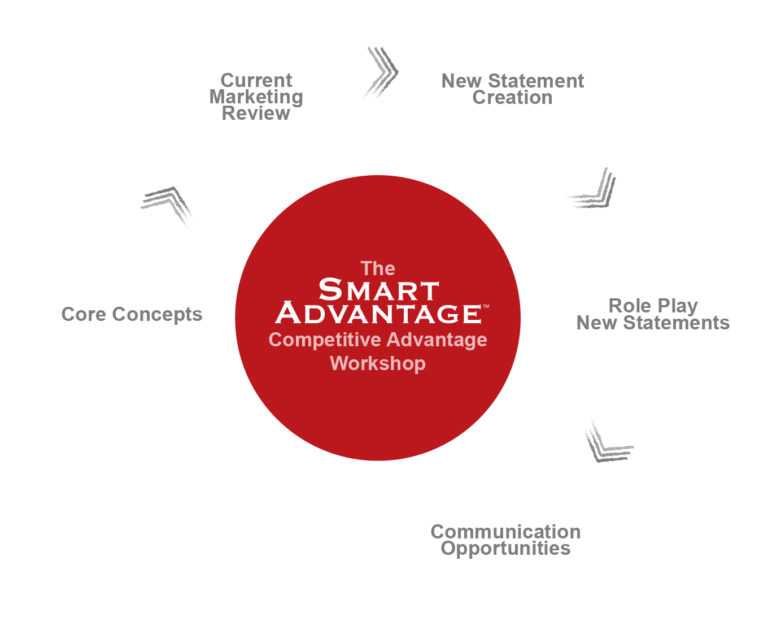 Tips for learning what matters most. We are living in fast moving, content rich, and information overload times. We can no longer message the way we have in the past. Look at your brochures and website, along with your sales presentations. It is likely loaded with “marketing speak” aka, “blah, blah, blah.” Personally most of…

In asking thousands of CEO’s of small, medium sized businesses, “do you invest in good solid customer research?”, I am astounded to learn that less than 5% have done so.  Then when I ask the 5% for more details as to what they learned from their study, I often find that they, in fact, did…

How Important is Trust as a Buying Factor? It’s critical – especially if your product/service commands a price premium.  Companies aren’t likely to pay for anything if they don’t trust the seller. We are all familiar with the adage “trust isn’t given, it’s earned.”  So, how can your company quickly prove your trustworthiness?  You can…

When trying to create competitive advantage, many companies fall into a familiar trap – they allow themselves to be defined by the limitations and assumptions of “the business that they’re in.” For example, consider the soft drink industry – Coca-Cola, Pepsi and other smaller regional brands. This industry is faced with growing media scrutiny and public…

Every year the pundits, bloggers, social media hounds, all make major assessments of Super Bowl ads. Enough is said about that and football is not in season, so we won’t be going there.   Unless your business has pockets so deep that you can afford the $5 million for the 30 or 60 second spot,…

Social networks and on-line communities have become major sources of feedback because their members tend to accept what fellow network members endorse. And the impact of social media continues to grow at staggering rates. Facebook, Twitter, LinkedIn, Snapchat, Instagram and other social networks are now a central part of millions of people’s lives, especially the…