Movie megastar Netflix hit on an amazingly profitable competitive advantage shortly after its founding in 1997, by offering DVD rentals via mail at a flat monthly subscription rate. Their well-known business model: subscribers enjoyed unlimited rentals, without the added worry of late fees or shipping & handling.

Netflix quickly developed a reputation for revolutionizing the movie rental market. As a result, Netflix dominated the market and enjoyed minimal direct competition.

Another Netflix competitive advantage is it discovered another way to maintain its market positioning and outstanding competitive edge by offering an app for the Apple iPad, iPhone, and iTouch.

Shortly after this, book store giant, Barnes and Noble, began pre-installing the Netflix app on its Nook tablets. Just last month, Netflix added a “Just for Kids” section to its app for the iPad family, offering movies and TV shows for those aged 12 and younger.

The conglomerate didn’t sit on its laurels in terms of maintaining their competitive advantage, and its numbers prove it. Netflix now has a total of 27.6 million subscribers, in domestic and international markets combined.

Smart, sharp, and evolving competitive advantages have contributed to their success, and may very well have saved the company from an early demise (remember Blockbuster?).

There’s a lot you can learn from Netflix about the importance of competitive advantages.

What Netflix Has Done Right, and What You Can Do Right Too

Netflix recognized that late fees were bringing in big bucks for Blockbuster – roughly $300 million annually – but the fees were alienating its customers.

Netflix understood that convenience is near the top of consumers’ hierarchy of purchasing criteria and used that knowledge to identify its winning competitive advantage: DVDs mailed right to your door, no limit on rental time, no late fees.

Netflix realized that to remain competitive, and retain its leadership role in the market, it must reevaluate and evolve its competitive advantage as trends and technology transform.

3. Listen and Respond to Customers.

Netflix adjusted its business model to meet customers’ changing needs and wants. Convenience was still at the top of their customers’ buying criteria, so they focused their efforts on offering movies via phone and tablet.

Conduct Double-Blind market research to find out what truly matters to your customers.

Instead of lowering prices when faced with competition from Amazon, Hulu, and HBOGo, Netflix raised the price of its combined streaming and DVD rental subscriptions by a whopping 60%.

Netflix didn’t have to compete on price because it had long-established and communicated its competitive advantage – solidifying its position as a leader in the industry.

Despite increased competition and prices, Netflix’s usage numbers are higher than they were last year. Peter Kafka, Of All ThingsD, reported Sandvine’s research findings which link Netflix to over a third of all “downstream” traffic in North America. No single company comes close to that number.

Sandvine’s CEO Dave Caputo said, “I thought the competitive threat would’ve been more significant against Netflix, but they seem to be holding their own.” Adding, “The rising popularity (of Netflix) underscores the strategic advantage Netflix has gained with its online service and efforts to make streaming accessible on everything from televisions and game consoles to mobile devices.”

Have you lost your competitive advantage?
Book a call for free feedback on your messaging. 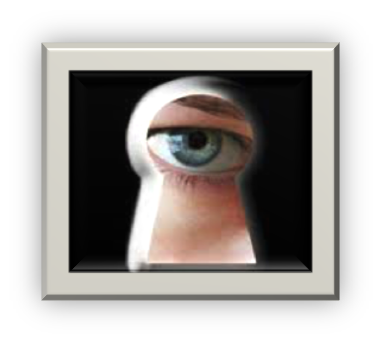 Don’t Let Price be the Tie Breaker for your Products or Services  Have you considered offering “freemiums” (free products or services) to build your customer base? I encourage you to reconsider. Giving away a product or service, in hopes of gaining a following, often back-fires and results in a disappointing return on investment. The reason…

Many businesses were able to “make a lot of hay while the sun was shining” so to speak during Covid.; the obvious pandemic benefactors being manufacturers of paper goods, chemicals for hand sanitizers, and retailers that benefited from a radical shift in consumer buying patterns.  The other winners were the astute businesses that had the…

Have a sales retreat coming up? Sales meeting? Perfect Opportunity. Summer Sales Training July and August – a few dates still available Relevant Selling Workshop Get your team ready to top their sales quotas—Learn Relevant Selling:   Very few salespeople fully understand the value of a selling message that is truly relevant to the buyer….

I confess, I was eavesdropping on my plane seatmate’s PowerPoint for a minute or two and saw this quote: “Branding is out, Results are in!” I so wanted to applaud and interrupt him but he was dug in on his work. I don’t know if it was his original quote or from another source but…