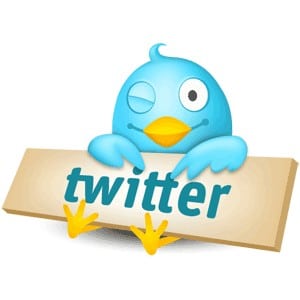 Twitter, the online service where people can post short, 140 character public messages (“tweets”) has been one of the biggest media darlings of recent years. But is Twitter’s growth going too far? The site claims to have 200 million users, but how many of them are actively using it as part of their daily lives? Has Twitter gotten too big for its own good?

In the early days, Twitter was mainly used by technology aficionados, geeks and “early adopters.” Then celebrities started to sign up – Ashton Kutcher and Britney Spears now have millions of Twitter followers.

The challenge Twitter faces is that many Twitter users are not very active on the site – they sign up for the service, and then never post any “tweets” – or do so only rarely. Even as Twitter has grown more popular, it in some ways has become less useful – your average American only hears of Twitter when some celebrity or pro athlete uses it to say something offensive or controversial.

Unlike Facebook, which is the most-visited website in the U.S., with people of all ages using it to post photos and share the details of their daily lives, Twitter is becoming known as more of a home of online “noise” and celebrity chatter. (This is not to say that Twitter is not useful – it was instrumental in the Arab Spring uprisings in Tunisia and Egypt, where protestors and activists used Twitter to organize rallies against their regimes.)

Fortunately for Twitter’s shareholders, the company is taking action to try to become more user friendly and relevant – to a broader audience. According to a recent Wall Street Journal article (“Seeking a Bigger Audience for Tiny Tweets,”) republished on Morningstar’s news feed), Twitter executives are considering several options to make their service more immediately useful and engaging for a wider range of people.

Becoming more relevant to more customers is a must-do if Twitter is going to sustain the powerful growth expected by shareholders – especially if it wants to go public or get acquired by a larger company anytime soon. Becoming more relevant is a challenge for all businesses and is a necessity.

What is Twitter doing to become more relevant to customers, and how can these ideas help your company?

Make it easier for first-time customers to see the value: Twitter can be mysterious to first-time users, especially those who are less tech-savvy or less comfortable with social media. To make it easier, Twitter is developing new ways to quickly show first-time users how the service works – for example, by highlighting a short list of highly relevant tweets from people in the users’ immediate geographic areas. New users could see the latest updates from local politicians, local bands, or other influential Twitter users in their area, as soon as they sign on. This would make Twitter more immediately accessible and relevant – people could quickly see conversations happening in their area, and quickly make connections that are relevant to them. What could your company do to make it easier for new customers to get acquainted with your products and services? Are you making new customers feel welcome, or are you unintentionally making them feel confused or uncomfortable?

Give people the most relevant information – fast: Twitter is also developing new methods to make it easier for its more experienced users to filter the vast amount of information that gets posted on Twitter. Better filtering mechanisms will make it easier for people to find the tweets that they are looking for, without having to sort and scroll through dozens of messages in chronological order. The sheer volume of information on Twitter is one of the biggest challenges to making it useful – it’s often hard to separate the useful information from the “noise” and clutter. What could your business do to make the experience of buying from you easier for your customers? How can you help your customers “cut through the clutter” and have a more simple, streamlined experience?

Don’t forget your biggest customers: Twitter recently announced that they are purchasing TweetDeck, a startup that makes an online platform for managing tweets. This is an ideal tool for Twitter’s biggest customers – the “power users” who use Twitter every day to send dozens or hundreds of tweets. Owning TweetDeck will give Twitter better access and control over some innovative new specialized services and products that they can market to their customers. How could your business do a better job of meeting the needs of your “power users” – your biggest and most profitable customers? Do you need to invest in a new product, new equipment, new infrastructure?

If Twitter can avoid falling victim to its own success – by staying relevant to customers, offering easier access to the most focused, relevant information that people want to see, and remaining the service of choice for power users – it is likely to continue to grow as a powerful form of online media. Perhaps the new slogan could be: “Twitter – not just for celebrities anymore.”