Richard Anderson had his work cut out for him when he took over as Delta’s CEO in 2007. Gas prices were soaring, the economy was on the verge of crumbling, and operating costs were nearly suffocating the multi-billion-dollar airline. Smaller, more flexible airlines were pouring salt in the wounds of industry giants by picking up domestic routes and capturing shares of the market which others were leaving behind.

These days, however, Delta is showing signs of promise.

Enjoying its third consecutive year of profitability, and slashing debt like a ninja – from $17 billion in 2009, to $10 billion in 2013, if it stays on projected track – Delta is definitely making a habit of doing things differently, states Susan Carey’s recent piece in The Wall Street Journal. Sara Rouf, a Fitch analyst, said she believes Delta to currently be “the strongest player in the much improved airline industry in the U.S., as it continues to march ahead of its peers on many fronts.”

So how did Anderson turn Delta around? He reevaluated the company’s operations and focused on repaving the path that was originally set when Delta was first started. Anderson monopolized on previously-neglected economic advantages to create competitive advantages that would allow the airline to climb out of the red and surpass their highest growth point. Let’s take a look at a few examples.

How Delta Created a Competitive Advantage to Thrive, Not Just Survive

With the money Delta saved, it commissioned Boeing to supply 100 new 737-900s to replace those it was retiring. But true to Delta fashion – it didn’t purchase the newest version.

Financial smarts helps Delta thrive – Delta is dominating the airline industry. Companies need both – clearly defined differentiation the customer values and meaningful cost advantages that don’t hinder the product/service delivery to their customers – but enhance them.

For the past several years, young people have fallen out of the habit of wearing a wristwatch. After all, who needs a wristwatch when you have a cell phone? Most young, tech-savvy people prefer to simply use their smart phones as their time pieces, without strapping an additional item on to their wrist. But according…

Department store JC Penney is going the way of Walmart, by changing their pricing structure into more of an “everyday low prices” style of marketing model. According to this article from Yahoo Finance, instead of offering hundreds of sales and promotions, JC Penney is trying to adopt a more consistent and predictable pricing structure, with all… 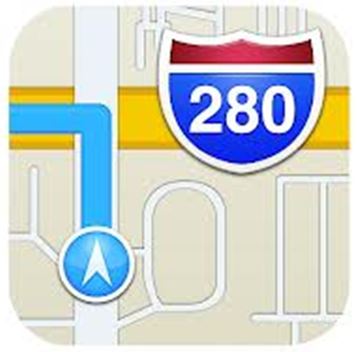 When it comes to figuring out what makes for the most relevant selling to customers, you have to consider more than just price. There are endless beliefs, opinions, needs and wants that customers factor into the relevancy equation. Rather than presenting long lists of how to use information that you should be collecting from customers, I thought…

What message is your marketing really sending? Is your company’s advertising consistent with your brand, or are you misleading your customers? Companies often send out marketing messages that are less than truthful – at best, they are missing an opportunity to clarify what their brand really stands for. At worst, they are actively deceiving their…

How to Start Strategizing for Your Marketing Message and Campaign There are many components to successful advertising and marketing messages, but the most important is strategy. With all the clutter and noise in the marketing landscape, it’s more important than ever for companies to have a keen strategic focus behind every marketing message they send. You need to…

For years I have been telling stories of clients who had lots of good news but missed it completely because of their focus on bad news. The thing is this: Owners and the C- Suite folks tend to be problem solvers day in and day out. We spend a better part of our day focused…