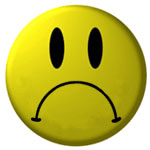 A recent article in the Wall Street Journal (“Wal-Mart Tries to Recapture Mr. Sam’s Winning Formula” – subscription required) highlights the struggles of Wal-Mart, America’s largest retailer, which recently announced its second annual decline in U.S. same-store sales. While Wal-Mart was widely expected to be one of the “winners” of the Great Recession, as customers became more likely to trade down to lower-cost products, it’s becoming apparent that something is not right at the home of “Everyday Low Prices.”

So what is going wrong for Wal-Mart?

Wal-Mart was trying to compete on the same territory as “cheap chic” retailers like Target, but instead they forgot to focus on their core customers. As the article states, in a quote from former Wal-Mart executive Jimmy Wright: “The basic Wal-Mart customer didn’t leave Wal-Mart. What happened is that Wal-Mart left the customer.”

Perhaps Wal-Mart’s stagnant sales in the U.S. are a sign that low prices are not the answer for everything. Wal-Mart has seen its market share getting nibbled away by Target and Dollar Stores and warehouse stores and other low-cost competitors that can come close to matching Wal-Mart’s prices.

Many Dollar Stores have thrived by locating themselves right across the street from Wal-Mart stores. Dollar Stores provide a more convenient way for people to hurry in and quickly buy a few items, without the long walks and long lines required with going in to a Wal-Mart SuperCenter.  Also, their focus on everything being a dollar or less is quite enticing for those consumers watching their wallets.

Wal-Mart may be discovering that their “low price” motto is catching up to them – if other competitors can emulate Wal-Mart’s pricing, while still retaining more affluent customers who are willing to pay more, Wal-Mart may find itself stuck in an uncomfortable middle ground – not high-quality enough to attract higher-paying customers, but no longer capturing as much business from the bargain-hunters.

Why Selling on Price is NOT the Answer

Here at Smart Advantage, we tell our clients over and over again that lowering prices is not the answer – if the only relationship you have with a customer is based on price, they will always find someone else who can sell it for even cheaper. Now, even the largest U.S. company who sells on price is losing sales and market share to other “Lower price” providers.

Again, Wal-Mart is not going away – they are still the pre-eminent powerhouse of American retail. But perhaps Wal-Mart’s leaders are realizing that their business model is not so safe in the long run, and need to look for another strategy – or find a way to rediscover the winning strategy that made them so successful in the first place.

Know your customers. Stay true to what your customers really want to buy from you. Maintain your competitive advantages and keep doing what you do better than anyone else. This is how any company can create long-term success – “low prices” have nothing to do with it.

What will Strike 3 be? Leave your thoughts in the comment section.