How Google Maintains Its Competitive Advantage

Google upholds the position as the dominant search engine in the world, with 65 percent of the total search market, according to Hitwise. To maintain Google’s competitive advantage, the company has developed an infrastructure that guarantees a fast and efficient search engine, as well as branching out their efforts in other directions beyond search.

Let’s first examine the speed of an average Google search. Any random search takes between 0.06 to 0.12 seconds (Gigaom). Google’s competitive edge is traced to the fact that they’ve built their own infrastructure of servers, storage systems, bandwidth and hardware that supports the fastest search on the web. 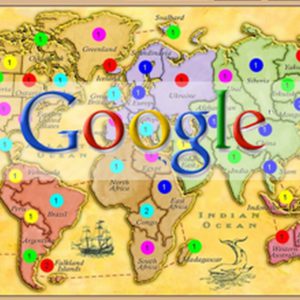 While the cost for the company is high, as Google spends billions of dollars in development and upkeep, this competitive strategybuilds a formidable wall for other general search engines, such as Bing (formerly MSN Search) which is merging with Yahoo!. At the same time, the cost of building the advanced infrastructure is an investment for Google to ensure that the cost of conducting a query keeps going down.

Google’s advantage over competitors is its rapid speed that keeps users coming back. The results of the search may vary, but because of the incredible speed, a user can search another key phrase with minimal sacrifice and therefore be less inclined to switch to a competitor.

Not only does Google provide a fast search, but the company also employs tools and services such as the Google toolbar, Google Maps, Google Earth and Google News. The toolbar presents a way for users to conduct a search without leaving their homepage. It also simplifies navigation by recounting the most searched-for web pages by each user. Services such as Google Maps and Google News provide another type of support on top of the general search engine.

Google has also expanded to mobile phones with the Android operating system, which delivers Google services and features as mobile applications. These strategies allow for Google to reach out to consumers and create a competitive advantage.

Google’s competitive advantage is it provides an incredibly fast search and tools to support the general search engine. Competing search engines such as Bing or Yahoo! would have to develop their infrastructure to match the speed and comprehensiveness that Google possesses.