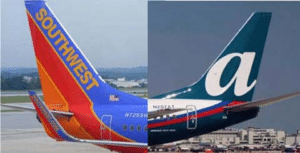 Southwest Airlines has been one of the few big success stories of the American airline business. While other airlines constantly lose money, go bankrupt, and disappear, Southwest Airlines is consistently profitable, with a great reputation for low fares, on-time flights, friendly service and a fun-loving culture.

The regional airline that started out offering flights between Dallas, San Antonio and Houston turns 40 in 2011, and they now fly more passengers than any other U.S. airline (86 million during 2009) and recently announced the purchase of AirTran Airways for $1.4 billion.

Although Southwest is in many ways a model for the rest of the U.S. airline industry, as this New York Times article points out, many airline industry observers are wondering if Southwest Airlines will be able to preserve its competitive advantages that have taken it to such great heights.

All companies (I am assuming) want to make sure that they can preserve their competitive advantages over time, so that they don’t lose touch with the key reasons for their success.

In the case of Southwest Airlines, the key competitive advantages that would be under pressure are:

Southwest’s Challenges are Good Ones in the End

The challenges that Southwest Airlines is encountering are ultimately “good problems to have.” It’s better to grow and have people wonder whether you can sustain your success, than never to grow at all.

Watch Jaynie L. Smith’s take on the Major Airline Mergers in her interview with First Business