AThriving Travel Business – In a “Down” Economy? 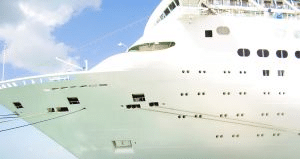 There’s no question about it, 2010 has been a challenging year for many businesses, particularly for those in the travel and tourism industry.  In an economic slump, the “extras” are the first things to go – fancy dinners out on the town, lavish gifts and extravagant trips.

Despite this challenging economic environment, however, Regent Seven Seas Cruises has fared remarkably well.  In fact, 2010 has been the company’s best year ever in terms of revenue and profit.

How did they do it?   Through competitive advantage.  By understanding their target market and taking the time to uncover their “true” advantages, Regent Seven Seas Cruises managed to catapult ahead of their competition and beat the odds in 2010.

Here are the strategies Regent used to carve out a profitable cruise niche:

1. Take Advantage of Merging
In 2008, Regent merged some of its back-of-the-house operations with Oceana Cruises.  Through this merger, Regent was able to operate more efficiently and quickly gain access to a pre-existing pool of loyal customers.

2.  Focus on Repeat Customers
This is not to say that Regent neglected their new customers, merely that they made sure their repeat customers were satisfied with their services. On average, repeat customers travel more often and purchase better packages than new customers.  With repeat customers accounting for 62% of Regent’s cruise capacity, this was more than enough to keep Regent alive and kicking despite such a challenging economic environment.

3. Treasure Travel Agents
Travel agents are one of Regent’s secret weapons since they represent a sales force that recommends cruises to their clients, as well as people they know.  As a result, Regent acknowledges travel agents are their first level of customers.

4. Know the Pulse of Your Customers
Regent listened to their customers and knew what they wanted.  For example, in their Alaska cruises, they include one-night pre-cruise hotel package in the overall package price.  They issue a credit to customers who don’t use the hotel night.  To their surprise, 70% of their cruisers took the package. Why?  Because it’s what the customers wanted. They also added healthier choices in their menu selections, as well as open-seating for meals, which offered more value to their guests.  All cruise guests seek value, which is exactly what Regent offers to them.

5. Switch to an All-Inclusive Format
The inclusiveness of their product distinguishes Regent from other cruise lines.  Despite tough economic times, there are still many people who are willing to spend money – provided they are spending on the right things.  Discounts don’t always work.  They often times create a mixed market which results in buyers always expecting to pay lower prices.  When there’s no more discount, they get disappointed and move to a different cruise line that is offering a discount.  By offering an all-inclusive product, people see real value in what they are paying for with Regent since they aren’t paying for everything a la’ carte. There are no expensive final bills to pay for at end of the cruise, which often adds up to more than the original cruise price.

Regent believes that to survive in tough economic times, it’s important to have competitive advantage.  By gaining insight as to what their target audience wanted and how they could effectively utilize their pre-existing resources, Regent serves as a thriving beacon of hope of how to survive – and thrive – in one of the biggest economic downturns in recent history.