Legacy of Steve Jobs: Know your competitive advantage and never become a commodity 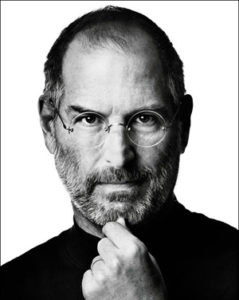 The death of Steve Jobs was one of those singular events in the business world – no matter where you were or what industry you’re in, when you heard the news, it had an effect on you. It made you stop and think, and reflect on how much this person had meant to American (and global) business during his career.

There are many lessons to be drawn from the life and work of Steve Jobs. But one of the ones that comes immediately to mind for me, and that really hits home when I think about my own work, is that Steve Jobs and Apple were better than anyone else at capitalizing on competitive advantage. They never tried to compete on price. They never let themselves become a commodity.

Steve Jobs knew what customers wanted, often before the customers themselves knew what they wanted. Steve Jobs was a visionary, an innovator and a transformative figure in multiple industries like computers, movies, music and mobile phones. But perhaps above all, he knew the secret of the new way of marketing, before anyone else fully grasped it: the way to avoid becoming a commodity is to relentlessly deliver what your customers want, in a way that is relevant to your customers’ most important needs, in a way that reflects (and even shapes) their worldview and how they see themselves.

Steve Jobs didn’t just make computers; he made a movement. Apple wasn’t a company that cranked out gadgets; it was a company that challenged the status quo and made people feel like they were living in a simpler, streamlined, elegant future. For these reasons, people bought Apple products not just because of the great design and the intuitive user interfaces; they bought Apple products because of how Apple products made them feel, and for the message that using Apple products expressed about themselves and their values. As Daniel Gross wrote in Yahoo Finance, “While Apple had brilliant ads, and while Jobs was an excellent salesperson, Apple’s rabid, evangelizing fans have been the most effective marketing tool.”

People wanted to be part of Steve Jobs’ movement. Steve Jobs found a way to convey the joy and promise of Apple’s products by appealing directly to his company’s biggest fans, and then letting them spread the word. This evangelical fervor and genuine customer love for the brand is why Apple products always commanded a healthy price premium, even while so many other tech companies kept lowering their prices and constantly sliding down the slippery slope toward commodity status. No one cared about Dell or IBM or HP in the same way that people have cared (and still care) about Apple.

How many times do you see this kind of public mourning and widespread publicity upon the death of a former CEO? Steve Jobs was more than just a CEO. He touched the lives of millions (billions?) of people by giving them the power to communicate, create, connect and interact in unprecedented ways.

Perhaps the best way to avoid becoming a commodity is to follow Steve Jobs’ closing advice that he gave to the graduating class at Stanford University in 2005: “Stay hungry. Stay foolish.” Every company needs to “stay hungry” by coming up with new ways to innovate. Every company needs to “stay foolish” by daring to imagine new ways to give customers what they want (and show customers what they ought to want, even if the customers don’t realize it yet).

Rest in peace, Steve Jobs. May we all find ways to hungrily, foolishly follow your example.

Jay Elliot provides a rare inside glimpse into this iconic CEO and the organization Jobs built into one of the most successful technology companies in the world.  Interview conducted by Jaynie L. Smith, CEO of Smart Advantage, Inc. LISTEN NOW